Stumbling Upon the Healing Power of Music

Don't you agree sometimes the best things are those that you just happen upon?
I was researching something about Dr. Who for a friend and came upon Billie Piper's husband, Laurence Fox.

Dr. who? I'm so easily distracted.

I do not like Facebook.
I do not like it in a box--
But apparently I do like it with a Fox.  Because I did like Laurence Fox on Facebook .  Then I went to his website and downloaded music.  It's a really nice, melodic, soulful sound. It may not be everyone's cup of coffee--or maybe he drinks tea--but I liked it.

Then I got a migraine and I accidently played his songs instead of my usual.  It was amazing to listen to his voice. Up until now it's been drugs and Pink Floyd that can calm down the pain.  (Imitrex and Ibuprofen, mind you)
Mostly Water was the last song on my playlist--wow, halfway through I was already starting to come back around--minus the drugs.
That's amazing to me.

So, is this shameless free publicity for Fox?  I don't know.  I'll have to research more. Apparently he's in movies and TV shows as well that I need to look at.   He won't replace Pink Floyd on the playlist, but he'll be right next to The Wall.

It is about music, though, and the power it has.  It's one of those beautiful mysteries science can't touch.  I know, chemicals and all that.  But if that's the case, any relaxing music should work for my migraines, right?  Why did Laurence Fox work without the drugs when nothing else has?  Why his voice in particular?  Does it only work for me?

Honestly, I don't even want science or medicine to explain it.
I just want to enjoy something magical that I stumbled upon.

Eventually everyone makes a decision on what they believe regarding a divine being.  This belief is a part of who we are and how we live.  So when people disagree on belief systems, they are disagreeing on something more than just coffee or movie preference.
We say we believe in religious freedom, but it seems when someone tries to exercise their right other people become offended.  Then people want to start putting limitations on the freedom—“you can say that unless I don’t believe it” or  “You can say it in your church or synagogue but not in the grocery store or in your kids’ schools” Where is the freedom in that?  Does separation of church and state only apply to church and not the state?
On the surface, The Merry Christmas bill sounds great.  Schools have to give every belief equal representation.  I agree with this.
What bothers me there’s a law about this.  That tells me the state thinks it can dictate my freedom to express my beliefs.
Give the government an inch…they’ll try to control everything.  By making a ruling on what can or can’t be displayed in public spaces, the government has made a comment on what belief system it thinks is right and has therefore just infringed on the rights of its citizens, of which I am one.
How do we define public places?  Stores are privately owned, yet states make nondiscrimination rules.  The same thing for amusement parks or museums.  The list goes on and on.  Will it come to the point where movie houses can’t show movies that mention religion?  Libraries won’t be able to loan books that discuss Islam or Judaism or other religions?
If you really think about it, there can be no true separation of church and state as long as government at any level thinks it can pass laws restricting religious expression.  Any time a ruling body chooses to make a law on a belief system—what you can say, what you can teach, etc…--it makes a comment on which system it thinks is correct. And, putting it under the heading science instead of religion doesn’t make it any less a belief that takes faith. Science is not indisputable.  So beliefs based on science rather than religion don’t get a free ride.
As I said in Part 2—making a law against it won’t stop people from doing it.  I know what I believe.  I’d go to jail or worse before I’d refute it.  That’s how much faith I have in it. I agree that there are people with equal faith in their beliefs.  I’m willing to accept that.
These days the buzz word is tolerance. Mere tolerance won’t cut it. Tolerance doesn’t seek to care or understand.  Tolerance treats others like a little child—“oh, that’s so cute, but they’ll know better when they grow up.” Eventually we get tired of putting up with it and so want to confine the expression to places we can’t hear it.
True belief in religious freedom says everyone can express their views everywhere and I can exercise my freedom not to agree.  Acceptance is what we need.  Acceptance based on love that sees the individual for the amazing complicated person they are.
It all comes down to individual response and individual responsibility.  If we want to have the freedoms we have to accept that others have freedom as well.  If we keep crying foul every time we disagree, we’re going to find our own rights have been regulated away.
Posted by Bethie at 7:14 AM 2 comments:

My first thought when I read about the "Merry Christmas Bill"  was who's going to stop me?  Even if  it's against the law, I can still say Merry Christmas.   There would be consequences for it, but could someone really stop me?   Lawyers use that trick all the come when they follow a statement by a hasty "withdrawn."
My second thought:  Censorship and Word Bullies.  (ok, those are two thoughts)
We don't get to pick and choose when it comes to freedoms, especially of speech.  To have freedom risks that we are going to hear things we don't like. We either accept this or it borders on Censorship.
It also means people are going to say hateful, stupid things.  That's their right.  Let them.  It makes them look as stupid as their words.
The Freedom remains true even if the people act like morons.
Stand Up to Word Bullies
Sticks and Stones--words hurt, but I'm the one who lets them control me.
Most of the time it just makes me sad when people say mean things.  I'm know myself and my beliefs so am not threatened by what you say.  In fact, other views challenge me to exam my own ideas.  This is not a bad thing, but it does take confidence.
The thing is, laws and governments don't make people get along;  some laws cause even more divisions.  Like Nietzsche said, interpretation is a function of power, not truth. Law can  impose consequences.  There will be people who believe their right is worth the price--including torture and death.
Even in America where we're so tolerant and free* there's divisions, anger, and even physical harm because of words. To stand up to these bullies isn't easy, especially when you're going against the majority.
A part of Freedom of Speech is Freedom to Respond.  I can retaliate out of anger and hurt. Or I can respond out of Love and Respect.
It takes individual responsibility to break the chain--just one person saying "No, that's not true."  or "No, I'm going to choose not to continue this." is what it takes.  Sure, you may just be planting a seed, but someone else waters it, etc....
Everyday I hear things that are hurtful--things said to me, things said to other people, things I've said.  At the end of the day, I'm responsible for me. I'm the one who controls me.  When other people or circumstances are in charge it's because I let them.
My response is to not be the victim. I can't make people like me. I can't make people only say nice things.   I can't make them accept me.  And there may come a day when what I say or do lands me in prison--I hope not but anything's possible.
But I retain power over my heart, mind, thoughts.  These are places others can't get into unless I let them.

All things are subject to interpretation; whichever interpretation prevails at a given time is a function of power and not truth.
Friedrich Nietzsche

After a long hiatus from blogging, I have returned.
Why return now?  I wrote out all these cool reasons—having something to say, having a presence—
But the truth is, I have this guilty conscience regarding my derelict blog.  I’m surprised nobody has reported me yet to the blog housing commission for my grass being tall and the shudders falling down.  I haven't been a good blog-owner. 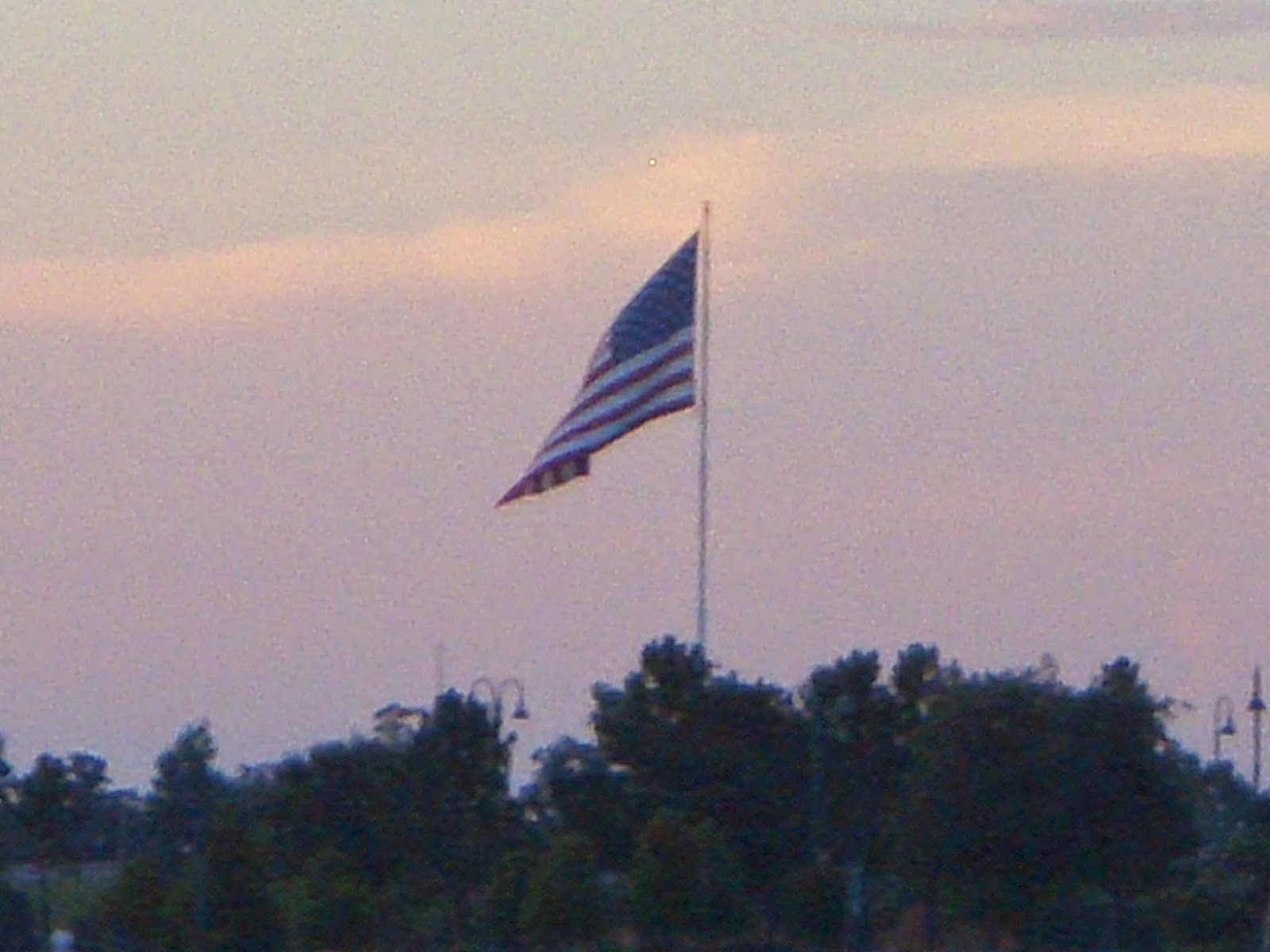 It’s easy to be lazy, making excuses like I was working, writing, living.  I've got many things to say, but just haven't taken the time to write them.
Then I came across this article online:
I had to look around:  chicken snake, squirrel, American flag—yeah, still in Louisiana.
I realized I better get on exercising my rights while speech is still free here.
What better way than to start with talking about freedom?
The ruling on the bill went in a direction I agree with, but what if it hadn’t?  Would we be arresting Kindergarteners?  Or would their parents be held responsible?
One group tosses out freedom of speech.  One group says freedom of religion also means freedom from religion.  Both sides want to debate the points.
But the real question should be this:  do we really want the government making laws regarding this?
To be so offended you have to include authorities is risky to your own rights.  It’s nice when the ruling power likes you.  But what if they decide they don’t?  I’m sure many religious people see this as a victory, but as for this Christian—It scares me that the legislature felt it could rule on an issue like this. 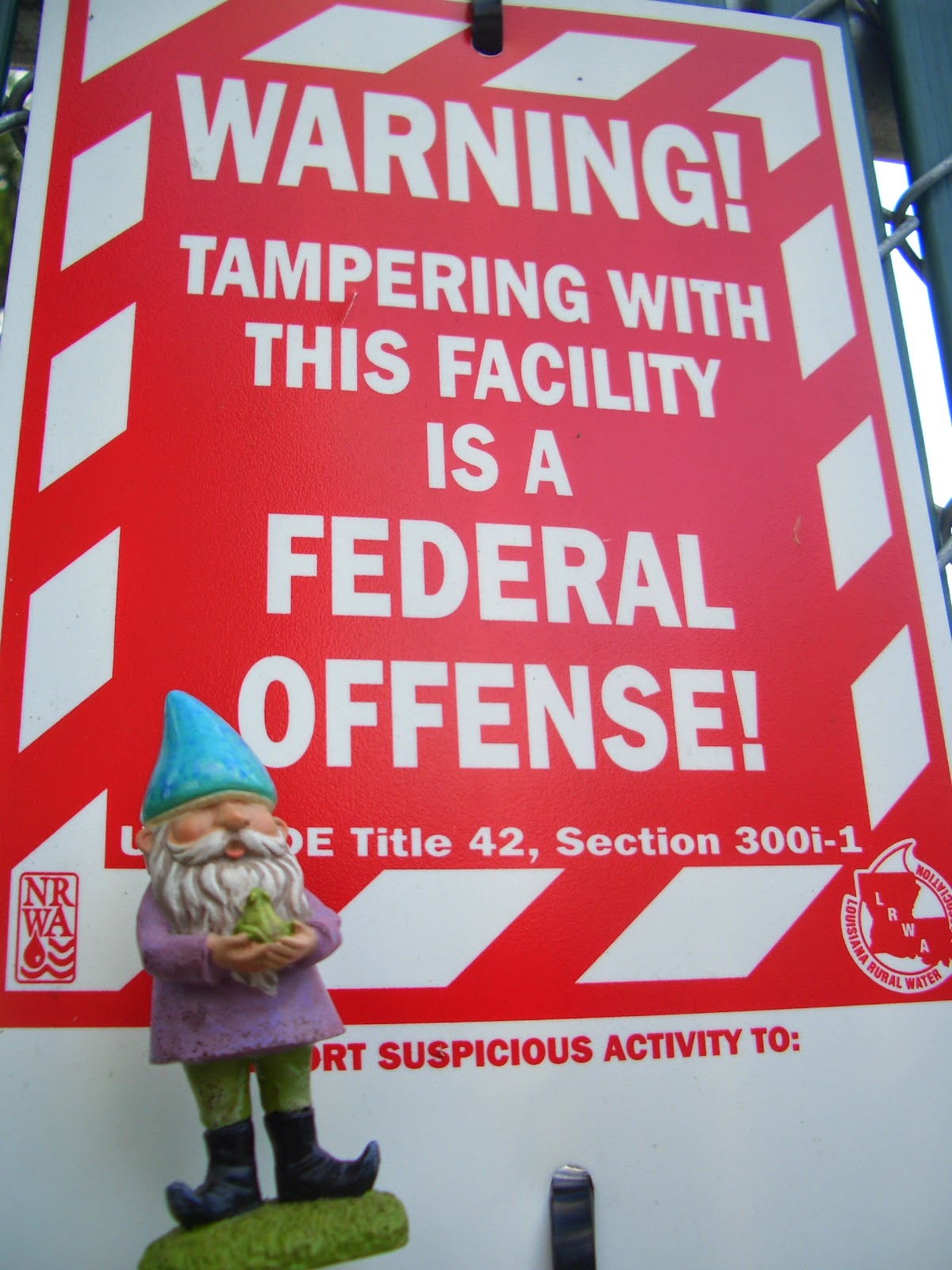 I can say I truly believe in freedom when I allow that others will disagree with me and still be my friend.
I was going to write more, but this seems to have put me in a mind to watch Fahrenheit 451. The cool thing is I'm watching it on VHS.  Remember those?
TBC in Part 2 Tomorrow...